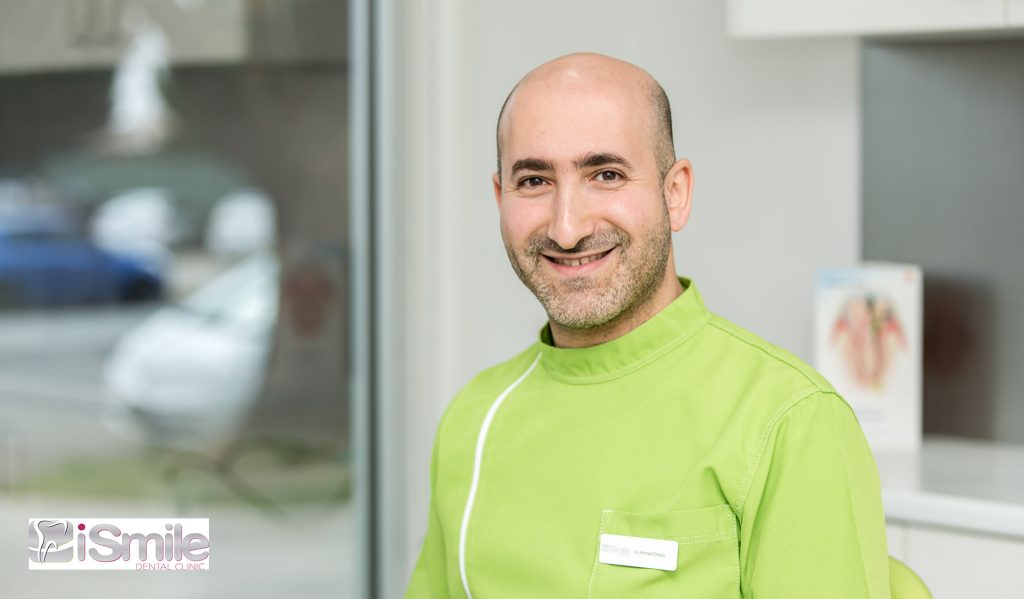 Dr Ghazy graduated in Cairo, Egypt in 2003, and started his dental career working as a Senior House Officer in the university hospital.

In 2005 Ahmed decided to do the Australian Dental Council (ADC) examination and qualified as an Australian dentist in 2006.

In 2007, Ahmed moved to Wagga Wagga and joined a private dental practice for nearly seven years.

As part of an ongoing commitment to continuing education and to bring the best level of care to his patients, in 2018 Dr Ghazy completed his master’s degree in fixed and removable prosthodontics through the prestigious King’s College London.

Dr Ghazy is interested in all aspects of dentistry, with a special interest in cosmetic dentistry, veneers, implants, rehabilitation of broken and worn down teeth, endodontics, crown and bridge.

Since moving to Wagga Wagga, Ahmed and his wife have been blessed with a little boy and girl. In his spare time, Ahmed enjoys spending time with his young family, playing soccer for the Lake Albert club, table tennis and bike riding.